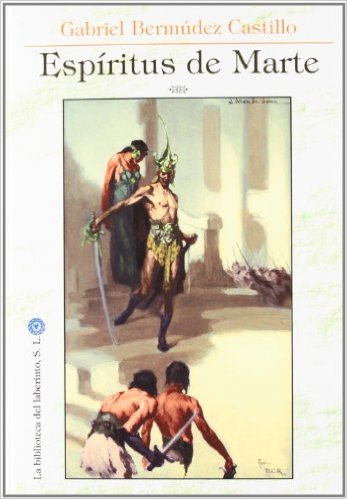 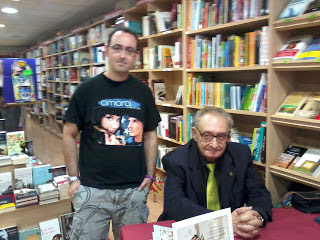 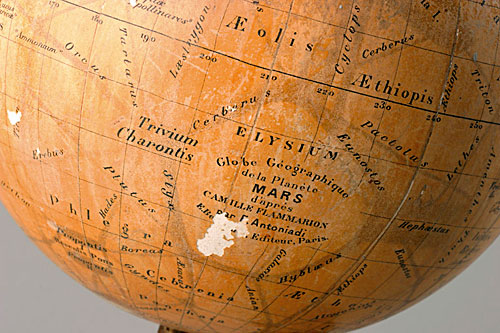 The World Inside, by Robert Silverberg 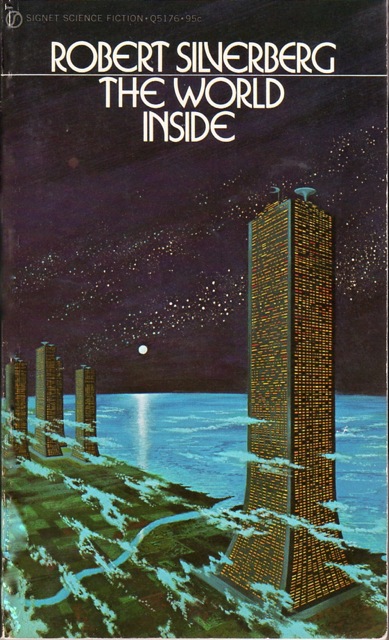 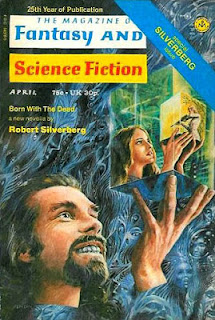 Robert Silverberg (New York, 1935) wrote this novel in 1971 ("El mundo interior" in Spanish). The year is 2318. The place is Urban Monad 116 of the constellation Chippitts. The Population of this one-thousand story super-structure is 800,000 + and always growing. After two centuries of ruthless, selective breeding, the essence of life is to be bless worthy and to multiply; to afford one's neighbors any type of sexual fulfillment and, above all, to avoid the evil of frustration. But, within this seemingly blissful vertical world there are individuals who feel such perverse desires as a longing for privacy, a wish to descend from the heights, to walk on earth and bask in the sunshine. These rebel throwbacks to an earlier Earth are dangerous, disruptive elements. And they must be destroyed —if they do not destroy themselves first. This novel offers the ultimate answer to the population explosion, will it explode? 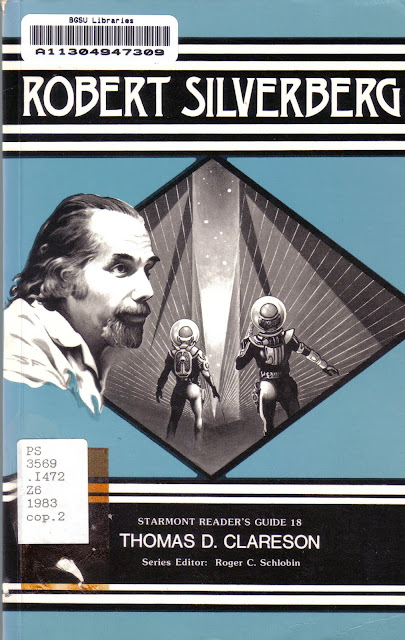 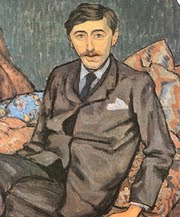 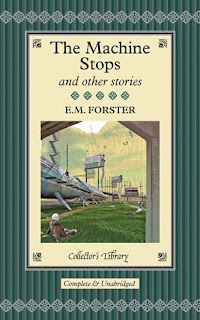 E. M. Forster is best known for his exquisite novels, but this short story brilliantly combine the fantastical with the allegorical, or we would better say, the science fiction message. In "The Machine Stops", humanity has isolated itself beneath the ground, enmeshed in automated comforts, in much the same way as nowadays, where our society is immersed in a digital era in which social networks, electronic devices and sophisticated computers control our lives to such an extent that we do not even realize or we do not want to admit we cannot live without them. What is the price we have to pay for such digital progress? Maybe the answer comes with three more rhetorical questions: Are we more free? Are we becoming a new human species? Are we really prepared as human beings to cope with this digital frenzy? The story consists of only fifty pages where the reader can see himself/herself in one or two decades; but some people are already portrayed in such visionary scenery. But what would happen if this "machine stops", if this "digital era" suddenly stops? Can we survive? Are we ready to live without our "machines" (laptops, mobile phones, computers, etc) 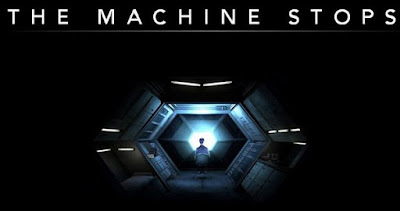 Part I
The Air-ship

Imagine, if you can, a small room, hexagonal in shape like the cell of a bee. It is lighted neither by window nor by lamp, yet it is filled with a soft radiance. There are no apertures for ventilation, yet the air is fresh. There are no musical instruments, and yet, at the moment that my meditation opens, this room is throbbing with melodious sounds. An arm-chair is int he centre, by its side a reading-desk -that is all the furniture. And in the arm-chair there sits a swaddled lump of flesh -a woman, about five feet high, with a face as white as a fungus. It is to her that the little room belongs.
An electric bell rang.

The woman touched a switch and the music was silent.
'I suppose I must see who it is,' she thought, and set her hair in motion.The chair, like the music, was worked by machinery, and it rolled her to the other side of the room, where the bell still rang importunately.
'Who is it?' she called. Her voice was irritable, for she had been interrupted often since the music began. She knew several thousand people; in certain directions human intercourse had advanced enormously.
But when she listened into the receiver, her white face wrinkled into smiles, and she said:
'Very well. Let us talk, I will isolate myself. I do not expect anything important will happen for the next five minutes -for I can give you fully five minutes, Kuno.
Then I must deliver my lecture on "Music during the Australian Period".'
She touched the isolation knob, so that no one else could speak to her. Then she touched the lighting apparatus, and the little room was plunged into darkness (Extract from E. M. Forster, The Machine Stops, London, Penguin, 2011, pp. 1-2). 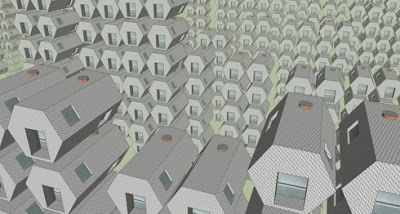 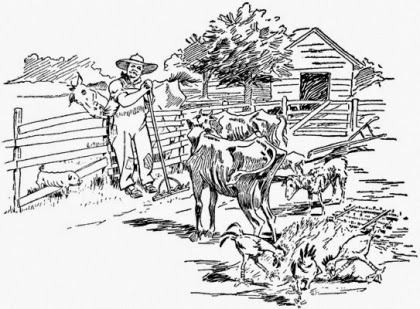 Bill Brown was born in 1910 in Oregon, USA. He worked as a journalist, a park ranger, and a techar of creative writing. As a young man in the 1930s, he made a voyage in a thirty-two foot schooner through the South Seas, and during World War II descended a Himalayan river by rubber boat. Two of his books, Uncharted Voyage and Roaring River, are based on these adventures. The short story I suggest today is "The Star Ducks", which was published in 1950 in the magazine Fantasy and Science Fiction. He was a brilliant science-fiction story teller, should you enjoy reading some other science-fiction stories by him, please read: "The Trunk and the Trumpet", "Medicine Dancer", and "Spunk Water". He died in 1961. Unfortunately He has not received the recognition he deserves yet, since he is not a well-known author nowadays. This mention is intended to be a humble tribute to his brilliant imagination.

There is no reason to suppose that Earth is the only planet in the universe capable of supporting life in some form or other. Until we can communicate with other galaxies, however, we can only speculate and imagine. Science fiction offers us a rich range of alien life-forms, from the sublime to the ridiculous, and at the same time often shows humankind from a new, and sometimes unflattering, angle.
The merest hint of a visitation from outer space and reporter Ward Rafferty would rush to the scene, keen to be the first wish a sensational scoop for his newspaper. The Alsops, on the other hand, are untroubled by the thought of wonders from space. They pursue their humdrum lives as farmers, raising chickens, milking the cows, doing a bit of friendly trade with a ny visitors that happen to drop by...

Extract from the story:

"Suddenly the people from space turned their antennae toward each other for a second and apparently coming to a mutual agreement, got up and darted here and there about the room as quick as fireflies, so fast Rafferty could scarcely see them. They scattered out the door and off toward the barn. All Rafferty could think was: 'My God, they're part bug!'
Rafferty rushed out the door, on toward the barn through the mud, screaming at the creatures to stop. But before he was halfway there the gleaming plastic contraption slid out of the barn and there was a slight hiss. The thing disappeared into the low hanging clouds.
All there was left for Rafferty to see was a steaming place in the mud and a little circle of burnt earth. Rafferty sat down in the mud, a hollow, empty feeling in his middle, with the knowledge that the greatest story in the world had gone off into the sky. No pictures, no evidence, no story. He dully went over in his mind the information he had:
'Mr and Mrs Man-Who-Bends-Iron...' It slowly dawned on Rafferty what that meant. Smith! Man-Who-Bends-Iron on an anvil. Of course that was Smith... 'Mr and Mirs Smith visited at the Alfred Alsop place Sunday. They returned to their home in the system of Alpha Centauri with two crates of hatching eggs.' "

Nota Bene: It is really hard to find studies on the author and his writing. The bibliography on this author is really scarce or, unfortunately, "non-existent". Should anyone know about some study or biography on Bill Brown, please, let me know. I would be glad to post it here.

"THE MAN WITHOUT A BODY" 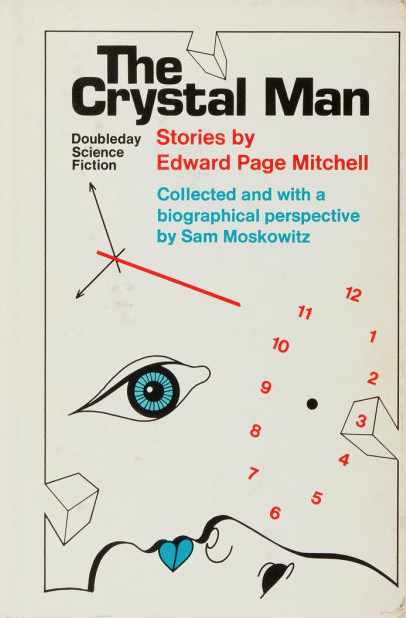 Another great story by Edward Page Mitchell is "The Man Without a Body", this is a fascinating story that foresees the concept of teleportation, that is, the idea of matter transmission which is nowadays, in the twenty-first century being investigated and explored. Who could have imagined such scientific inventions in the second half of the nineteenth century? It seems to me that not even the most world acclaimed figures of Science-fiction of the times like Jules Vernes or later H. G. Wells would use such theme in their writings. The first one, or one of the very few to the best of my knowledge, is Edward Page Mitchell with "The Man Without a Body", a story of only ten pages  written in 1877, where the narrator meets, by accident, "on a shelf in the old Arsenal Museum" a human Head with "the skull of a philosopher". It is the head of the "celebrated professor Dummkopf" who invented the first teleportation machine, the Telepomp.  His first experiment had been with a cat, which he could transmit five miles by wire in an instant by electricity. Absolutely convinced about the transmission of atoms, Professor Dummkopf decided to try the experiment on himself, but while he began to disintegrate the process suddenly stopped about his third cervical vertebra. The rest of his body had been transmitted but not his head, which was still in his "Phillips Street apartment". The experiment had failed because he had forgotten "to replenish the cups of his electric battery with fresh sulphuric acid". But I should not go on telling the whole story, please, read it, enjoy it and get your own conclusions.

Forgotten Futures: The Man without a Body.

THE CLOCK THAT WENT BACKWARD

This story by Edward Page Mitchell is probably the first  record we have about time travel in literature. The plot is about two cousins who inherit an old clock that takes them back to the Siege of Leyden right at the start of October 1574. There is no traveling machine here, the only traveling tool is their aunt Gertrude's old mansion, which is the setting of the story.
Read it at "Forgottenfutures".
También puedes leerla traducida al español.
Publicado por thepoeticalcorrectness en 11:16 No hay comentarios:

I should like to inaugurate our "journey" to the Fourth Dimension of Literature with a not so well known author who will undoubtedly take us to the fascinating, breathtaking world of imagination. He is definitely one of the fathers of what we could call "socio-fantastic Science-fiction" literature, Edward Page Mitchell. He wrote the first story about faster than light travel in 1874, in another short story he also imagined a "Time Machine" just seven years before H. G. Wells presented a better known version of that same scenario in 1888 with his Time Machine. Mitchell also originated the first fictional concept of a neo electronic thinking computer functioning in a human head in 1879, "The Tachypomp". And his 1883 literary masterpiece about a highly involved, tree-sized floating plant is probably the earliest story yet found that utilizes the idea of a non-human but friendly alien. His work includes a tale that involves photographing smell and bottling sound ("The Soul Spectroscope"), an adventure built around an invisible presence ("The Crystal Man"), and a wryly amusing account of a materialized spirit that refuse to dematerialize ("Back from the Bourne").
No matter what the subject matter, however, it is Mitchell's ideas that proliferate, sparkle, and charm —theories and notions revolutionary for their time but perhaps even more provocative and fascinating in today's advanced era of realized Moon and Mars explorations and acknowledged ESP, Hadron Collider experiments and Quantum Physics era.
Originally published in newspapers, most of these stories anonymously, there is a title (The Crystal Man: Stories by Edward Page Mitchell, edited by Sam Moskovitch in Garden City (New York), in 1973) that collects thirty of his most fascinating stories of "Socio-Fantasy" and "Science-Fiction" literature.
Although all the stories in the tittle are worth reading, I would like to mention those that specially struck my attention and interest in order of appearance in the book:
A. Science-Fiction:
1. The Crystal Man.
2. The Ablest Man in the World.
3. The Tachypomp.
4. The Man Without a Body.
5. The Clock That Went Backward.
6. The Inside of Earth.

B: Fantastic Fiction:
1. Exchanging Their Souls.

C: Horror Stories:
1. The Cave of the Splurgles.

Webliography:
In English:
Some of these stories can be read here
Project Gutenberg
Science-Fiction Studies


In Spanish:
You can also read them translated into Spanish here
Un Universo de Ficción